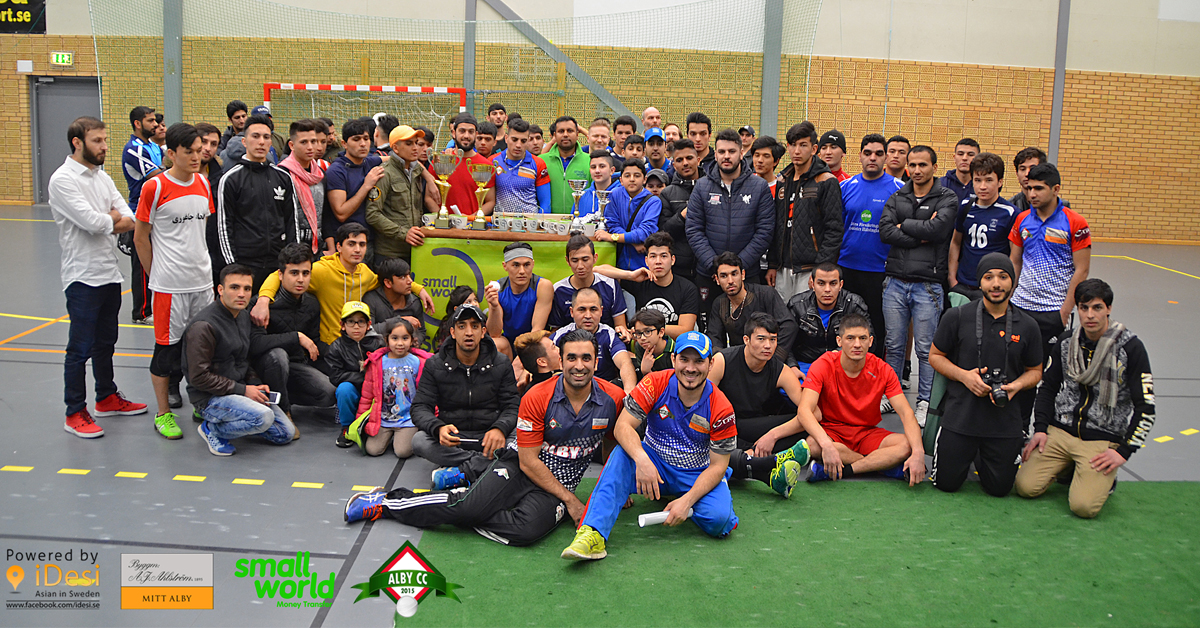 Sweden, a place of long winter nights and snowfalls everywhere, where extreme cold weather, tiny days and dark polar nights. During this kind of boring period, Alby Cricket Club had arranged their 2nd consecutive indoor cricket tournament which was quite appreciated last year and famous as “Mitt Alby super sixes”. This tournament held on last week from 11th – 12th March in Botkyrka, Stockholm. 9 teams from the different region of Sweden, 2 teams from Norway and last year winner team Alby CC took part in the tournament, the entry fee for the tournament was 2500 however, the winner was rewarded with the biggest prize of 12000 kr. Alby CC, the defending champion played a crucial final with United Skills and become 2017 champions yet again for this year. The most exciting thing of the tournament for the spectators was to catch the ball and get rewarded, Alby CC gave 100 kr for every single catch taken by spectators, there were around 20 catches taken by the spectators and get rewarded.