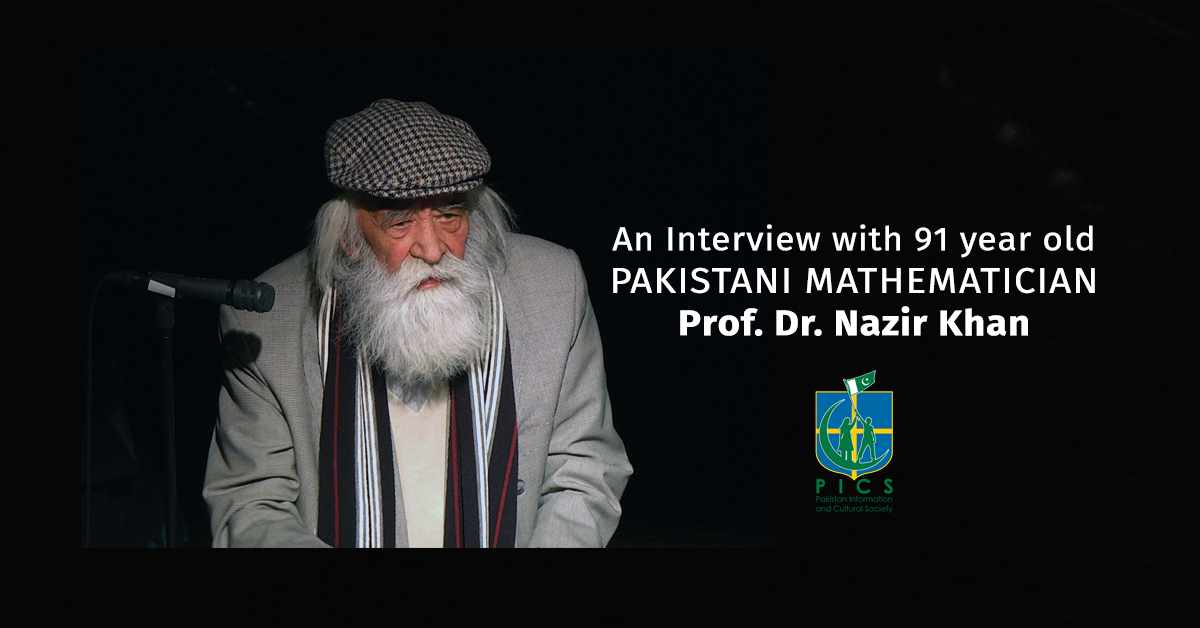 It is an exceptional experience of having a part of a freedom or seeing a nation’s freedom by his own eyes. Last year, Ambassador of Pakistan in Sweden and Finland H.E. Mr.Tariq Zameer introduced one of the similar personality in an Urdu Mushaira which was organized by Asian Urdu Society in Stockholm, Sweden. He stated that we are really fortunate by Prof. Dr. Nazir Khan presence. Professor Dr. Nazir Khan is one of the personality who have seen Pakistan’s freedom through their own eyes. Dr. Nazir Khan is 91 years old now, born in November 1925 in Punjab. He Family originally belongs to Sawabi. His father was in Public Works Department and posted in a small town, situated between Lahore and Qasoor. He was an intelligent boy from the early age and got the distinction in Matriculation exams. He passed a short period in his family village due to his father’s death. Later, he enrolled in Islamia College University for his higher studies. He also received his Master’s degree from the same college. He was selected in Air Force in 1950. However, he couldn’t reject a lectureship opportunity from Edwardes College. A year later, he left the job and started his Pakistan

Army core studies in Kakul. But he resigned from Kakul soon as he had a dream to do Ph.D. from the University of Gottingen in Germany. And when he got a chance to met one of the diplomatic of German Embassy, who got really inspired with him and open an opportunity for him to finish his Ph.D. in Germany. He advised him to become a part of university faculty so that it would be easy to be enrolled in the university of Gottingen in Germany. And he decided to be a lecturer in Peshawar University. This was a turning point of his life and got a chance to grow himself, got awarded a scholarship to study in Germany and done his Doctorate there. He returned in 1957 after completing his studies and became an assistant professor in the faculty of Mathematics. Later, he became the chairman of the department in 1974 at Peshawar University. Mr. Khan devotion towards Mathematics spread him different place around the world, where he found noble women who are his 2nd wife and staying with him in Sweden.

91 years old Pro. Dr. Nazir Khan has given his recent interview to “URDU QASID” regarding the history of Pakistan which can be seen by video soon!