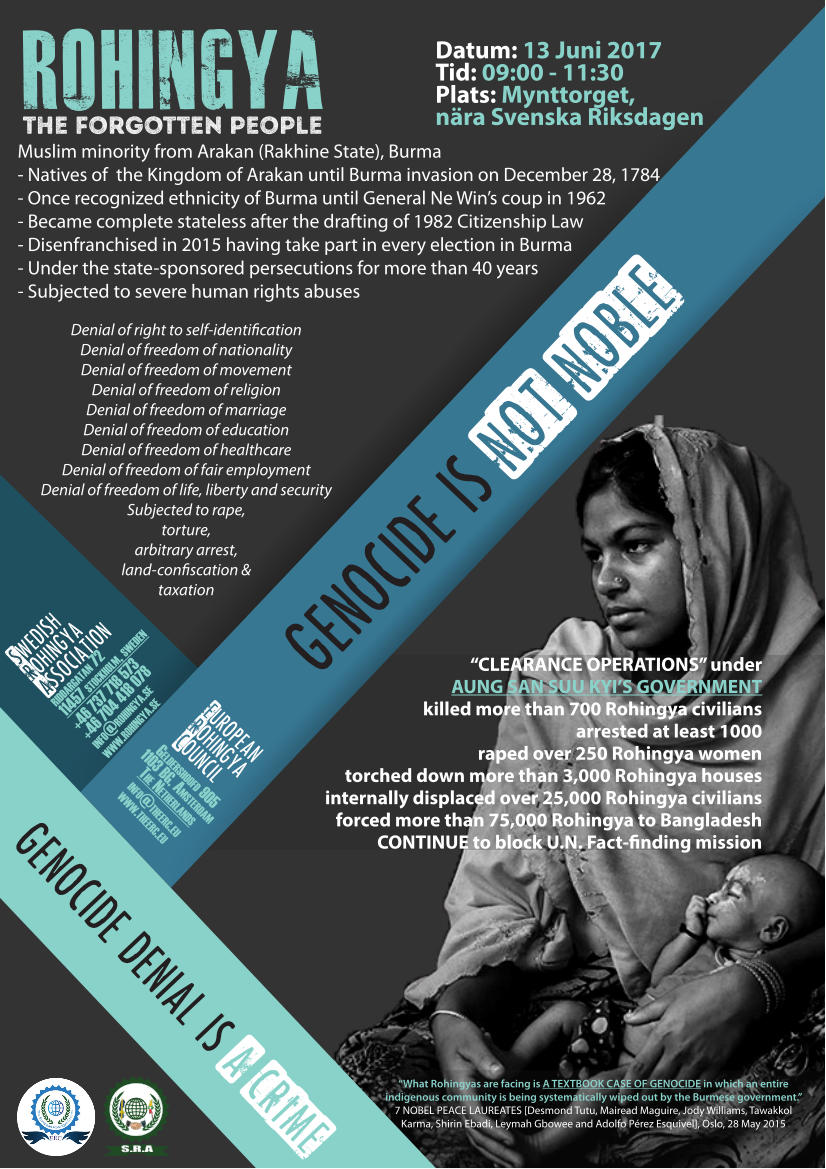 Stockholm (Arif Kasana) Myanmar (Burma), there will be a demonstration for Rohingya Muslim on 13th June from 9 am to 11:30 am on Tuesday in front of the Swedish Parliament ie minute Square to protest against the barbarity going on to Muslims. The protest is just because of the visit of Myanmar leader “Aung San Suu Kyi” who will meet Swedish Prime Minister and Foreign Minister. The barbarity in still there on Rohingya Muslims in Myanmar. Thousands of people have been killed and millions homeless. With all support from the government of this barbaric atrocities, could not even see the photos and videos. The leader and Myanmar’s State Councilor, Aung San Suu Kyi, is totally ignoring this major issue. She also got the Nobel Peace Prize in the past, but she is not playing any role for peace in their country. The President of Swedish Rohingya Association, Abul Kalam, request all the Pakistani living in Stockholm that they should participate in the protest gathering which will going to be held on 13th June .