A chance to talk about the pathetic conditions of Rohingyas: 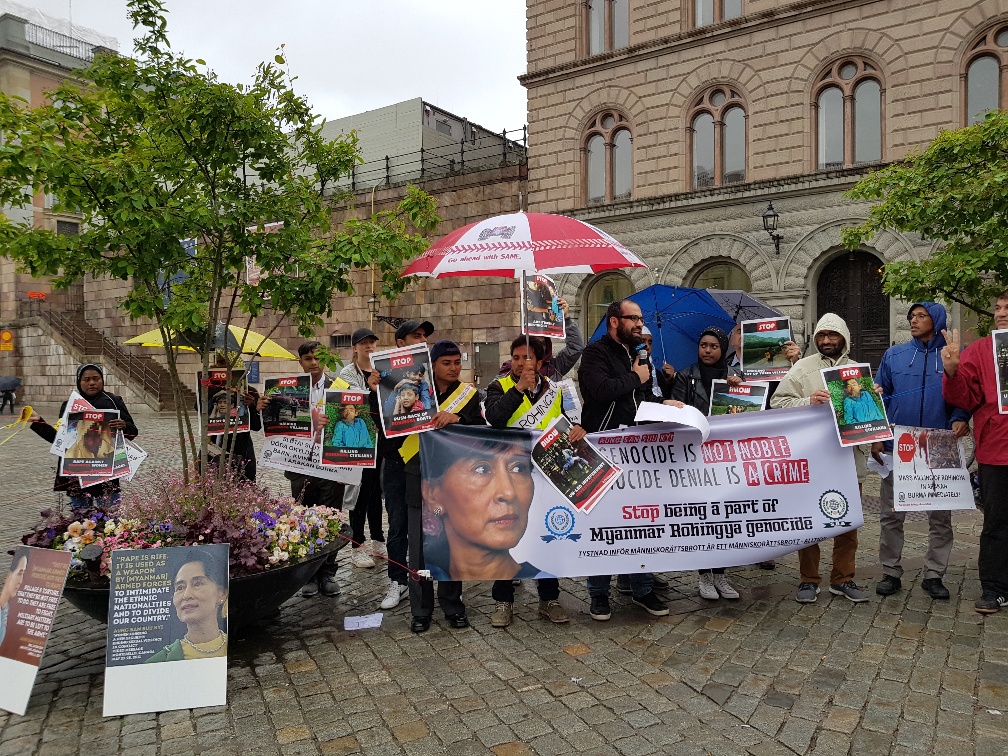 A chance to talk about the pathetic conditions of Rohingyas:

Furthermore, how a journalist can stay quite on human rights issues in the region.

Why does Bangladesh not willing to help the Rohingya refugees of Burma?

About 300,000 people from the Rohingya Muslim minority have moved from Burma to Bangladesh. Staying in substandard refugee camps. A significant number of these individuals were additionally influenced by the most recent cyclone Mora that destroyed several villages.

Does Bangladesh Government have any responsibility towards those refugees?

The relating question ought to likewise be routed to Aung San Suu Kyi, Burma’s leader who is at present in Stockholm.

The protest was demonstrated today, in front of Swedish Parliament against the barbarity of Burma government for Rohingya Muslims living in Burma. This protest was actually held due to the visit of one of the Myanmar’s leaders, Aung San Succi to Sweden. When protester was raising their voice against the barbarity activity in Burma on the other side Aung San Succi were busy in the meeting with Swedish Parliament members and Speakers. The protester was protesting with the pictures of all those martyrdoms and injured victims of Burma. Protester having ladies too, who has raised the voice by holding banners mentioning the barbarity activities in Burma by the government against Muslims. Abu la Kalam, President of Swedish Rohingya Association addressed that we request to the Swedish government and International community to put pressure for the ceasefire to Government of Burma. He added that people are constrained to stay in forests and lack of eating and drinking items. They have a continuous rule of terror within the support of the government. The International community must have to do their role to stop this barbarity activity in Burma. Aung San Succi who is the noble prize holder of peace is currently the state counselor and head of the government but still, there is no change in the situation. The President of Swedish Kashmir Committee, Barkat Hussain stated on this occasion that we all are with Rohingya Muslims and strongly condemn this barbarity activity in Burma. On the other side, Aung San Succi met with Swedish Prime Minister Stefan Löfven and later in the joint press Conference, The Swedish Prime Minister communicated genuine worry over the barbarity exercises on Rohingya Muslims in Burma and compelled to determine the issue with the priority level. According to Swedish Media, he emphatically demanded Aung San Succi take necessary actions to determine the issue.