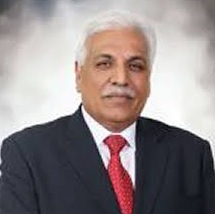 By Arif Mahmud Kisana
Dr Afzal Javed has been elected President of the World Psychiatric Association (WPA). This is the first time a Pakistani psychiatrist has ever been elected to this highest position. WPA represents more than 250000 psychiatrists from 138 countries. Dr Afzal Javed is Consultant Psychiatrist at Coventry & Warwickshire NHS Trust at Nuneaton in UK. He is also an Honorary Clinical Associate Teacher at Warwick Medical School, University of Warwick UK. He has also elected before as Secretary of World Psychiatric Association (WPA) and President of World Association for Psychosocial Rehabilitation (WAPR).
His areas of special interest are Social and Transcultural Psychiatry, Psychosocial Rehabilitation and Psychiatric Research. His academic skills have been invaluable when publishing more than 95 scientific papers and being author of six books/monographs on different topics of psychiatry. He is currently involved in a number of projects on Schizophrenia and is completing audits in different clinical aspects of long term management of chronic mentally ill in the community.
His role in international psychiatry is highlighted by his involvement with a number of professional organisations. He is the Chairman Pakistan Psychiatric Research Centre, Fountain House, Lahore. It should be recalled that Fountain House Lahore was founded by his late Uncle Dr Rasheed Chaudhry in early seventies when there was no concept of Fountain House in Europe. Dr Afzal Javed is the elder brother of Dr Amjad Saqib, Chairman Akhuwat Foundation Pakistan.