Arif Kisana: Stockholm: Two years back, Pakistan Information and cultural society was founded in the name of PICS for promoting Pakistan’s Culture, Trade and Urdu literature in Sweden. This organization is presently turned into the organization of all the group of Pakistanis resides in Sweden.

There are numerous other Pakistani organizations and associations right now serving in various fields in Sweden, but PICS becomes more popular due to uniqueness. PICS is the one who provides a platform to the effectively existing Pakistani organizations. PICS has emerged as a supporter of them and not as a rival. 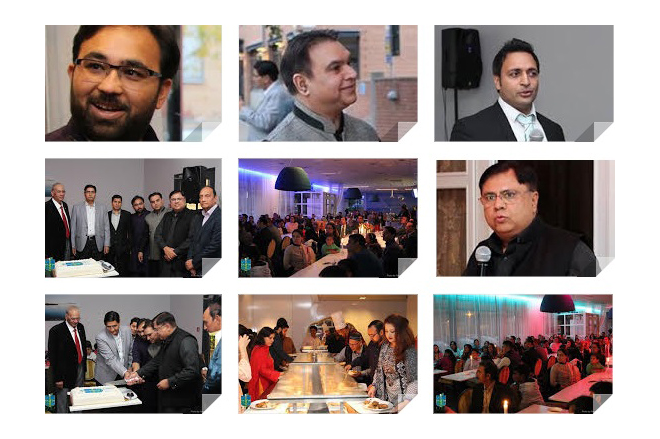 Apart from that, it is additionally acclaimed in the entire age holder, interest of youth in Sweden and close contact with local Swedish people. In other words, it is a joint platform for all Pakistanis and working just for Pakistanis keeping all the religious, political, regional and ethnic differences aside.

Enhancing Pakistan’s idea, empowering its culture and civilization in Sweden. PICS has expressed solidarity with Kashmiris and furthermore supports the struggle for self-determination.

Mr. Tariq Zameer, the former Pakistan ambassador in Sweden, patronized her in the development and ensuing programs. After came to existence, PICS played out various programs, which included incredible programs in the name of “Salam Pakistan” last year in January, in which children wearing provincial clothes reflected in the four provinces of Pakistan and the culture of Jammu and Kashmir which will without a doubt be remembered by the audience.

Last year only, organized a program together with the established Welfare Foundation named “Sakoon” in Norway to provide freewheels to disabled children in Pakistan in which individuals have completely collaborated and gathered money for more than 125 wheelchairs. One has to see the joy in their eyes when these desolate disabled people come out from their home with the assistance of these chairs. And for this, the Swedish community of Sweden endeavors a great deal of support with the help of PICS. PICS additionally got the credit to organize a ceremony in Stockholm in the honor of our National Hero, Pakistan’s Women cricket team captain Sana Mirin. This organization’s President is Shahzad Ansari while different authorities incorporate Nazneen Ansari, Ghazal Mehdi, Ashar Muhammad, Shahab Qadri, Samrina Bela, Mona Qadri, Shakeel Khan Shakku, Naveed Abbas, Shah Gull Shakil and Subhana Memon while Jameel Ahsan and Dr. Arif Kisana has been incorporated into the Advisory Board.

Presently it has set an extraordinary program to present more about culture and identity of Pakistan in Sweden, which has not occurred in Sweden before till today. On 27th January, Saturday, 12 pm to 4 pm, in Sweden’s capital Stockholm, a magnificent event is being organized which has free entrance. This will attract participants through traditional foods, Kashmiri Green Tea, delicious Gool Gappay and many other nourishment items from all four provinces of Pakistan. It will also include a lot of things and activities for the interest of women and children. The greatest fascination of this program is Pakistan’s Truck art. Pakistan’s truck art is very famous around the world and various European painters and writers have written books on it. Sweden’s history will be the first time to see the people of Pakistan here on the truck art. Another important activity with the truck art will be performing “Rabbab”, for which Rubab specialist musician, Haider Wali, is especially coming to Stockholm.

Rubab is a special kind of instrument that is very popular in Pakistan, Afghanistan, Iran, Turkey and Central Asian countries. PICS have tried that this program will promote the Culture and Urdu Literature of Pakistan in Sweden.  In such programs, local people will also join, which will expand the tourism and tradition of Pakistan and also enhance the image and make great name of Pakistan. Pakistan Information and Culture Society is doing all this program without any support of any government or non-government organization.

It is extremely sad that authorities representing Pakistan in Sweden did not support any of the programs. They must have to provide support for the sake of Pakistan image in all of those patriotic cultural programs. At present, there are many forces committed to reflecting the negative concept of Pakistan in the world, and they are spending a lot of money for this work, but why are our authorities representing Pakistan overseas are not coming forward to help of positive activities? This coming weekend program, PICS has decided to raise Pakistan’s culture and identity and to step into the heart of the Swedish capital, which will definitely be embarrassed because it is very fascinating to him. The description of this program is available in this web link www.salampakistan.se