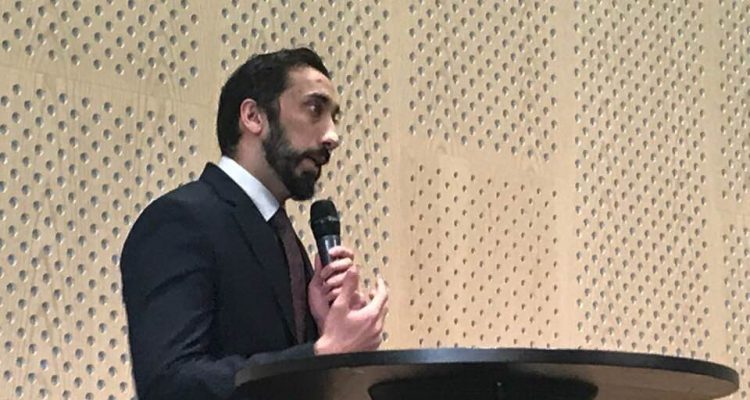 Stories are very interesting. People love stories or any form of narration. Films, entertainment, education materials are all highly influenced by stories. Allah (SWA) knows the importance of stories. But he doesn’t tell us stories through the Quran to entertain us. He (SWA) wants us to know the truth and the main purpose is to have Imaan.

Anyone who has watched NAKs lectures would also know that he is exceptional when it comes to going through Tafseer.

NAKs detailed the perfection within each syllable of the Surah while he was telling us Story of Musa (A.s), voyaged with us through the multiple meanings of each word, unpacked the syntax and grammar of each verse and even the very structure of the Surah – finally arriving at the ultimate conclusion that the opener to the guiding text of the world’s largest growing religion encapsulates inimitable perfection and symmetry , a product only of Divine craft.

If there is one thing you had taken away from the lecture it would be that there is so much more depth to every single line in the Quran. It would be both simplistic and over-ambitious for any of us to lay claim to having understood the meaning of the Quran from reading it simply because, too much has been lost in translation.

Perhaps another point that stood out was that the miracle of the Quran lay far beyond the meaning you derive at first read. Linguistic and metalinguistic analysis, cross-referencing with Hadiths and a detailed exploration of even why a word was used as a noun as opposed to a verb reveals a multi-faceted, multi-layered text where all the layers and facets meet in confluence to communicate a simple message but in the most elegantly poetic of ways.

They experienced NAK as an extraordinarily humble and gentle when asked questions. He often sat on the edge of the stage so that people are physically looking down at him instead of up at him. In general, he had excellent manners.

He gave a great deal of thought to how to present the material in both an educational and entertaining (and yes, funny) way. His material was very well structured and well thought out. He did not ramble, there was always a structure to what he sad. He had fine-tuned his approach with Western culture in mind. His content was based on authentic sources, and I had not seen him say anything that deviates from that.

He brought unique Western literary analysis to the Qur’an that is based on authentic sources, but still was novel.

We wish to invite him on the platform of PICS to conduct this kind of Lectures more often.