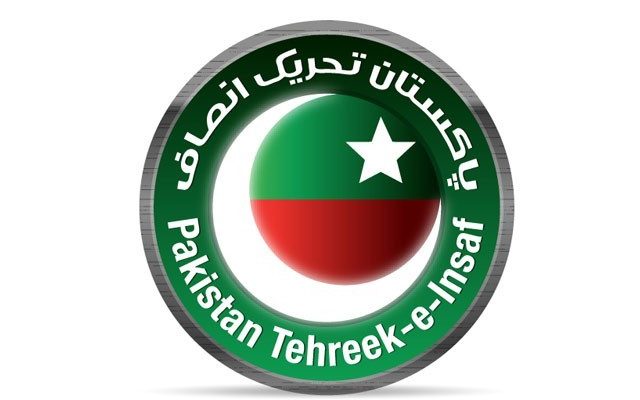 My hopes of Pakistan’s economic growth and prosperity revived after Imran Khan won the long lasting battle against the odds. There was no limit to my joy when the news surfaced that PTI is going to follow the transparent government model of Sweden where thousands of Pakistanis live and contribute to the Swedish society in various sectors such as health care, energy, agriculture, textile and IT sector etc.

The very first thing that comes into my mind is how the PTI leadership will take advantage of the Swedish expertise in areas like health care, education and research? Other than the initiatives at the government level, that may at some point take place, there is no doubt that the PTI leadership in Sweden chapter will have a key role in fulfilling this dream of transforming the Pakistani governance model.

Without any political affiliations, all of a sudden, I became very interested in who are going to be the leaders of PTI’s Sweden chapter? I was interested to know this because those leaders would have a key role in fulfilling the dream of replicating the Swedish governance model in Pakistan.

Afterwards, I became curious who are the individuals running for these elections?

The Swedish chapter of PTI will vote for the “National body” which will consist of 4 positions, i.e. president, vice president, general secretary and information secretary.

Living in Sweden for almost 5 years and researching in the area of health care, I have always envisioned that Pakistan can and should learn lessons from the Swedish health care system. As a middle class Pakistani, I have always longed to be part of any initiatives that can establish collaborations between Swedish and Pakistani academic and research institutions in the health care domain.

The fact that Sayed Muhammad Ali is a young PTI visionary who has been following Imran Khan’s ideology from the very outset and was part of Imran Khan’s mission at the grass-roots level, was not the ONLY reason that strengthened my hopes. But it was Sayed Muhammad Ali’s leadership qualities and his team’s visionary ideas about transforming the human development in Pakistan that compelled me to be part of this mission and vote for him as a presidential candidate of PTI’s Sweden chapter.
Before I mention some of his leadership qualities, I would like to mention that I was very impressed by his academic and professional accomplishments.

Sayed Muhammad Ali got his BSc in Electrical Engineering and Telecommunication in 1999 from the University of Engineering and Technology (UET), Peshawar, Pakistan. In 2006, he got his Masters in Networks and Internetworking from Royal Institute of Technology (KTH), Stockholm, Sweden. Since then, he has been offering his services in Sweden as a System Architect and Security Architect with the leading IT companies like Ericsson, HiQ, 2Secure, and Edgeware AB.

When I first met Sayed Muhammad Ali and saw him presenting his vision about how he and his team plan to replicate the successful Swedish models in areas such as health care, IT, and energy in Pakistan, I found out that he has very good communications skills which are very essential for a visionary leader. I realised that he knows how to verbalize his dream of transforming the various sectors in Pakistan. His good communication and networking skills were also evident from his extensive network of very successful academics and professionals which I explored by looking at his network on LInkedin. One of the impressive things for me was that his network not only extended within Sweden but also across Pakistan, which I think is vital for the success of transforming Pakistan’s various industrial sectors.

His leadership qualities were also speaking for itself when I found out that the he was selected as the presidential candidate for PTI Sweden by the very talented and competent PTI members in Sweden. What touched my heart was that he was chosen by a great majority of PTI Sweden leadership to contest PTI intra party elections for taking forward the Imran Khan’s agenda.

By talking to Sayed Muhammad Ali and his team members in the PTI Sweden chapter, it was evident that they had very innovative ideas about transforming various sectors in Pakistan. He presented his team’s vision of establishing and mobilizing a network of Scandinavian professionals and entrepreneurs for the human development of Pakistan, the so called SCOPE (Scandinavian Council of Professionals and Entrepreneurs) platform that they claim to launch soon. Every once with the relevant competence and skills will be given the opportunity to be part of this platform.

I was impressed by the vision and mission of SCOPE which aims to;
• Aid the human development in Pakistan by providing a platform for transfer of knowledge and ideas, and enable business activities
• Help Pakistan transforming to knowledge based economy
• Fuel entrepreneurship, and
• Provide outreach to Pakistani industry.

With SCOPE, his team aims to utilize not only Pakistanis’ potential but also make use of the professionals’ expertise in the whole Scandinavian region.

As a neutral and optimistic Pakistani, I am convinced that Sayed Muhammad Ali and his team will enhance the progressive agenda of Imran Khan’s vision.

I would highly encourage that all the futuristic and progressive Pakistanis living in Sweden should take active part in PTI Sweden’s intra party elections. I would also encourage that they vote for Sayed Muhammad Ali and his team to take forward Imran Khan’s agenda. I have a strong belief that his team is composed of very competent, honest, transparent and progressive Pakistanis who are contributing to the Swedish society and want to contribute to the development of Pakistan.

But I think that every Pakistani who is taking part in these intra party elections play a very responsible role, and assess all the candidates based solely on their honesty, competence and leadership potential to contribute to taking forward Imran Khan’s dream agenda.