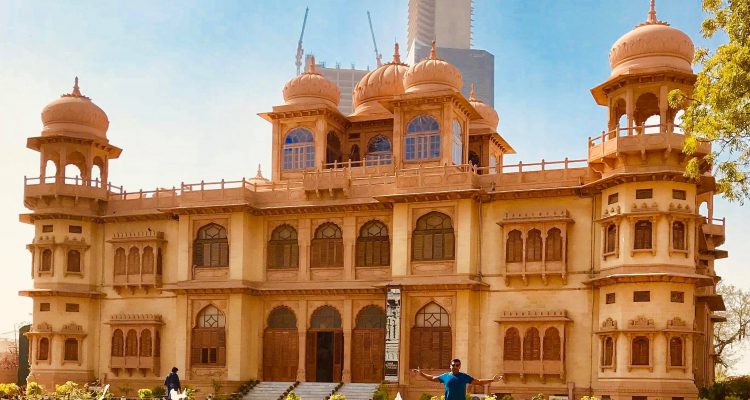 Currently a centre for cultural activities, the Mohatta Palace was constructed by a wealthy businessman of Karachi, Shivratan Chandraratan Mohatta.

The story behind the construction of the Mohatta Palace is an interesting tale of love. It reminds me of the story of Taj Mahal, which is one of the seven wonders of the world and was built on the orders of the Mughal emperor Shah Jehan in ‘loving memory of his wife’.

The difference is that Shah Jehan built Taj Mahal after his wife died, while Mohatta had the palace built in order to save his wife from dying.

In 1927, Shivratan Mohatta, a successful Marwari entrepreneur, commissioned a palatial house in the affluent seaside neighbourhood of Clifton. The architect commissioned for the assignment was Ahmed Hussein Agha, one of the first Muslim architects of India. He came from Jaipur to take up the assignment.

It is said that the reason behind its commission was a serious illness that Mohatta’s wife suffered from. Doctors had told Mohatta that the refreshing winds of the sea would cure his wife’s illness. Thus, Shivratan had this fascinating bungalow built in the previous century in Clifton, covering a very large area.