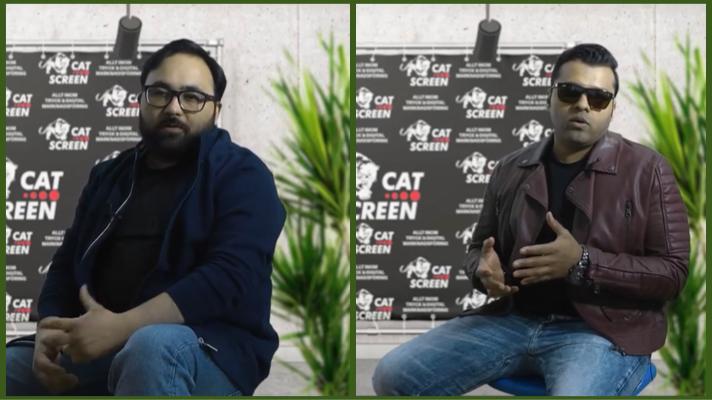 Ashar produces fire, MSA stamps it! Two friends, bonded in a mutual interest to work as a Volunteer in a Sweden registered, Pakistani organization. Ashar is a professional Writer and health coach, he has written two books on the same subject. MSA is a C.E.O of social media marketing house and has its respective professional expertise. Apart from Volunteering in PICS, Ashar is working for MSA’a production house and free lansing his writing skills, as he loves to write. Both MSA and Ashar are always in the mood to do something new and creative.

The title of this story is about a Hiphop song for FullMoon Wok Thai restaurant. FullMoon Wok is MSA’s client,  MSA came up with the idea of ​​doing something new for FullMoon Wok’s social media exposure.He texted Ashar  “Hello Sir, Can you write a rap song?”
To his surprise Ashar replied in his text “Yes Sir, i can.” But then Ashar realized, if he could really write the song? So just to prove to MSA that he already wrote “Yes” Ashar decided to write the song.

After this, he sits in his room and starts to think where to start because he is a good content writer but it’s his first experience of writing songs. After a bit of research from the wormhole, he somehow wrote a song and sent it to MSA. MSA liked the lyrics alot and decided to move on with the production of the song.

Initially MSA wanted Ashar to also sing the song, but due to lack of a music studio that task was given to a Professional rap artist, which was a relief for Ashar as the rap song he sang on the music produced by MSA, didn’t come out so well. Hiring a professional singer was a smart move by MSA.

Lyrics was set, music was set and now a polished 2 minute song was completely ready to exhibit, At this point Ashar texted MSA “ I was thinking we can have this music video as an animation video” MSA didn’t liked the concept of it but he explored it’s potential, he decided to give it a shot.

Next step was another challenge came from MSA, a text notification came on Ashar’s mobile saying “Ashar, i want you to be the model of the music video” Ashar says yes as per his nature and wonders how all this will happen in the end. He starts to imagine indoor outdoor shooting in his mind. He imagines himself in full moon walk and starting to do some sort of virtual rehearsal to make its original work more perfect.

Just before the day of shooting, Both MSA and Ashar needed some Motivation which came in the form of a video message from the owner of FullMoon WOk, “I loved the rap song which you guys made” Wow, that made the day.

Red shoes, green jumper. orange BMW V8 sports model, MSA at the direction, Ashar hiphopping in front of the camera, they had only forty minutes permission to shoot the video, mimicking all the instructions from MSA, Ashar delivered his skills and expectations from being the model of the music video.

This was a completely new experience for both MSA and Ashar.  Song was launched on the day of Full Moon which was part of the plan . Music Video is out on social media, and it’s appreciated by the client as well all the social media followers.

Even though this project was new to MSA and Ashar, they proved that if you decide to do anything, you can achieve success, if you focus on your decisions. Feedback doesn’t matter to them as it was a trial project which got success.

Here is the link of the Music Video:
https://fb.watch/5nGJYhMDf6/